Yesterday we were both feeling a bit creaky and decided that a day digging in the garden would be a weed too far so we headed off to one of my favourite gardens around here called Glenwham.

I won’t go into much detail here other than to say this garden was created out of boggy moorland over 30 years ago when Tessa Knott and her husband bought 103 acres of land unseen and over the phone then subsequently on a visit to see the land discovered the ruined farmhouse.

You can read more of the fascinating story of how this garden was transformed here.

On one of the two small lochs they created they have a wooden cabin with a springboard attached to the jetty to jump into the water and a little boat tied up at the side. 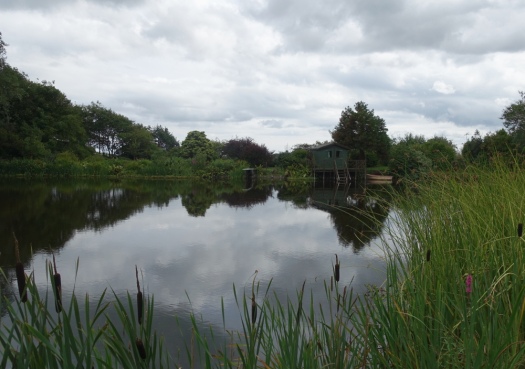 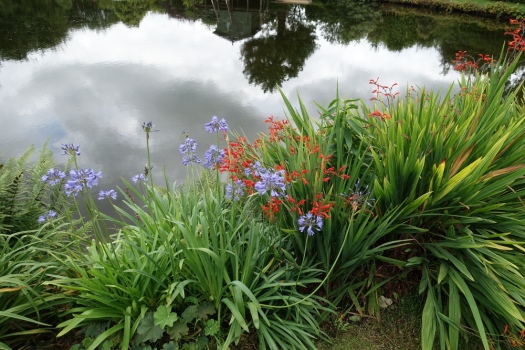 Dotted along the banks of the Loch I noticed this dwarf variety of deep blue Agapanthus which I have made a note of in my notebook and will perhaps buy from their nursery another day. 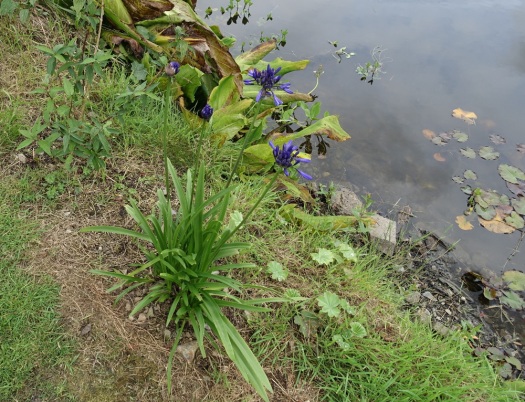 We had a very relaxing time just wandering up and down the many winding paths through these gardens.  It is quite a sheltered place and very peaceful even with other people wandering around.  There is a wonderful sense of calm and in one of the woodland glades there is a stone Buddha and a string of Buddhists prayer flags fluttering between the trees.

We have seen it develop over the last fourteen years and some of the shrubs and trees are quite large now and I noticed they have had to cut a few things back down to ground level and many of the borders have been overtaken by the more vigorous plants.  We have the same problem in our garden trying to keep everything in balance.

Revitalised after our day off yesterday we were back in our garden today.  I spent a good hour dead heading the rose and removing the dead leaves of the Fatsia that get caught amongst the branches.

Once I had finished I turned my attention to the patch of garden that we cleared last summer down by the stream bank in the lower wood.  It is a difficult corner that catches the cold winter winds and I have been nursing an old Holly back to life – it had growth only on one side due to a neighbouring tree starving it of light and which has since fallen down in the gales.  At last the Holly is sprouting on the bare side and will soon have a nice dense mass of branches and leaves.

The whole area has once again become overgrown with campion and nettles, so I set too to pull them out and clear the patch once again.  The trick of course is to get some plants in quickly and not to let the weeds take hold again but sometimes it is just not possible on a short visit.

I was so busy today that I forgot to keep taking photos – but DH did take a special one for Joy at Diary of a (retired) teacher who wrote about her thistle putting down roots in a pot of flowers… well this is my thistle Joy!! 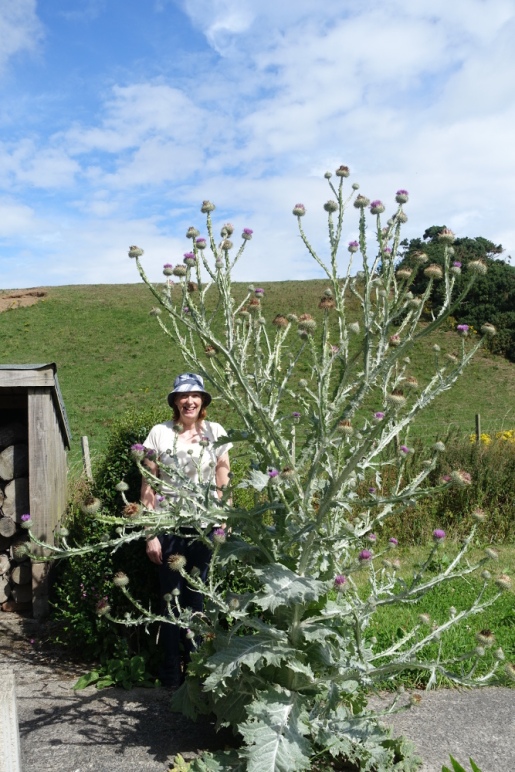 I am not even sure what it is called – we get one or two each year they self seed so we never know where they are going to pop up next.  This year it has decided to grow out of a crack in the concrete paving just where we need to take the wheelbarrow round to the other side of the cottage – quite inconvenient but I wouldn’t chop it down we just have to work round it all summer and not get too close!  When we had the flood in 2014 there was a picture taken for the newspaper of our flooded garden and one of these giant thistle was the only thing still standing in four-foot of water.

If anyone wants some seeds just let me know.

Tomorrow we are homeward bound so may not post again until Friday if I have time before we travel up to North Yorkshire on Saturday morning to visit my mum and collect Little L for the week.  My internet connection has been a bit patchy here and I have not been able to read everyones new posts so I will have a bit of catching up to do along with the washing.

10 Replies to “mEAndering ~ Glenwham Gardens and my garden” 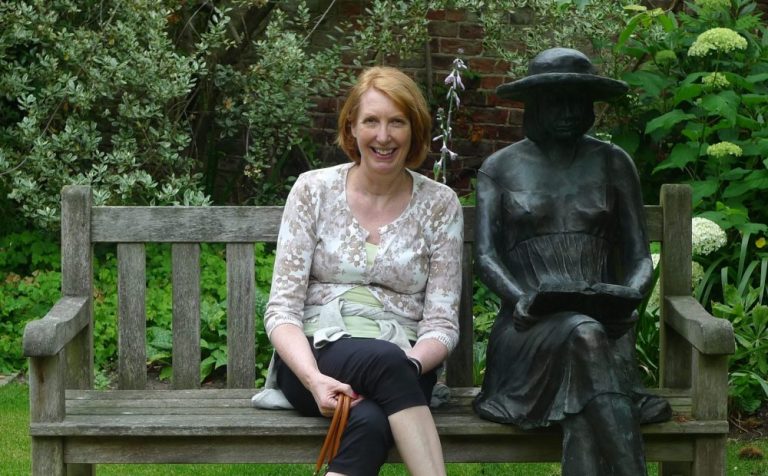